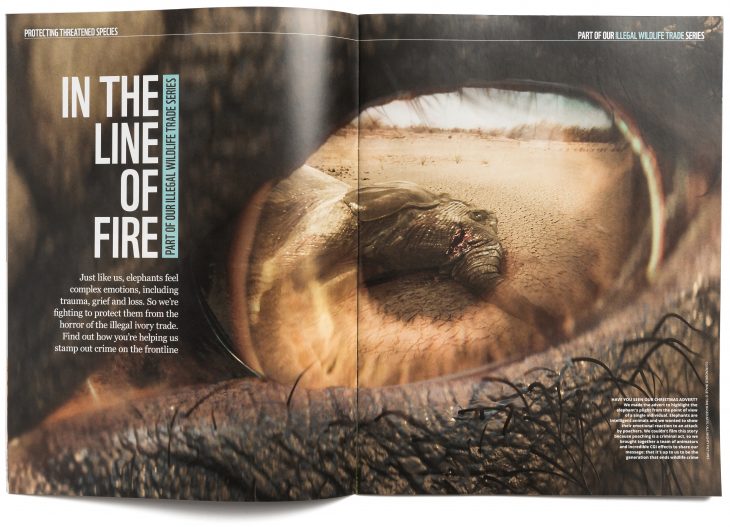 What’s the point of a charity magazine? For most of our clients, the answer is a mixture of loyalty and fundraising – and good editorial design is at the heart of both.

Effective editorial design is far more than just matching images to text and applying the brand guidelines. As legendary American graphic designer Saul Bass put it, design is thinking made visual. It’s about seeing all the possibilities in a story and bringing them to life. Get it right and readers feel rewarded: they’ve learned something, been delighted or shocked, seen the world in a fresh light. And that can lead directly to donations.

We’ve recently been working with our client WWF on their campaign to tackle the illegal wildlife trade. It’s a truly shocking story which reaches across the globe, from the brutal poaching grounds of Africa and Latin America to shady consumer markets in Asia and Europe.

WWF launched the campaign with a hard-hitting TV ad, but to engage members with the detail of this multi-faceted story, we worked closely with the team at WWF to create a three-part series in their members’ magazine, Action.

Part 1 focused on ivory poaching, part 2 covered the traffickers, and part 3 the consumer markets for illegal wildlife products. Each story concluded with a fundraising ask at different levels – from £5 to £250. The fundraising initiative was also supported by the magazine’s covering letter (produced by WWF), which drew further attention to the cause. 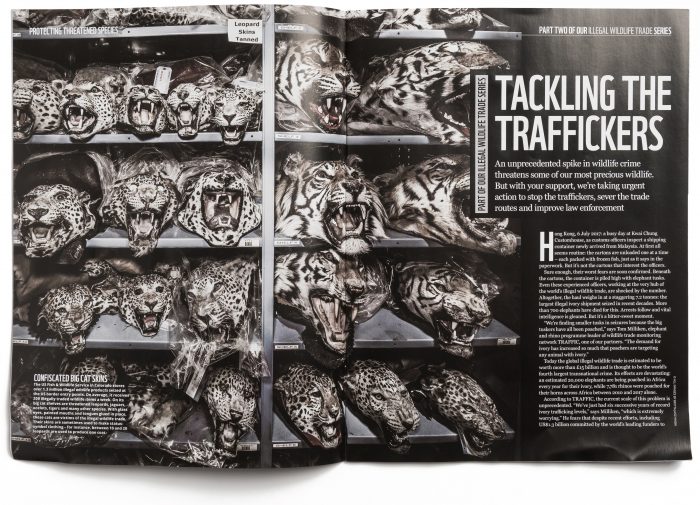 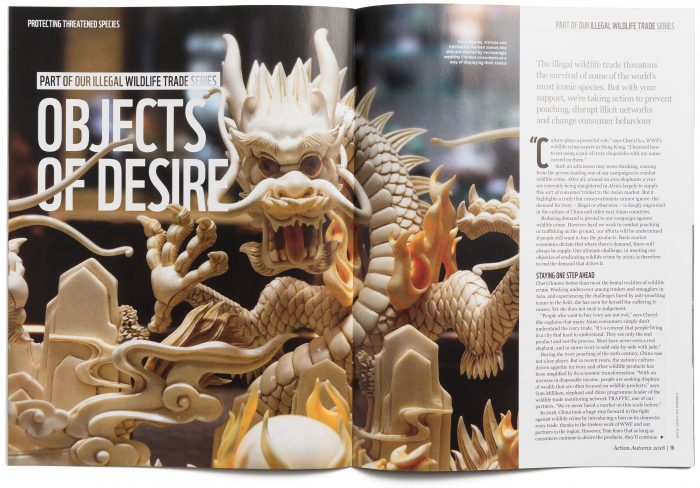 Commissioned by consultant editor Sophie Stafford, the stories featured dramatic images of the wildlife trade by photographer Britta Jaschinski, and infographics by our design team which unpick the complexities of the trade. The features are tough to look at, and tough to read – but the results have been remarkable.

The first issue drew donations over three times higher than usual, and the second feature – four months later – maintained donations at over double the usual level.

That’s testament to powerful storytelling and a genuinely collaborative approach – with client and agency, and loyalty and fundraising, harnessed to the same cause.

Doubling response for the RSPB

At the same time as the WWF campaign, we were redesigning two bi-annual newsletters for the RSPB – those aimed at lifetime members (Life Fellows) and supporters of specific projects (Impact). These already committed donors have huge ongoing fundraising potential, but the newsletters they’d been receiving were formulaic, with simple layouts, long runs of text, and little for time-poor browsers.

We saw an opportunity to open up the design, provide more access points for readers, and really excite them about the projects they were already supporting. We introduced summary boxes, annotated maps and illustrations and a greater variety of feature formats. Same content, different look – and again, the results were striking. 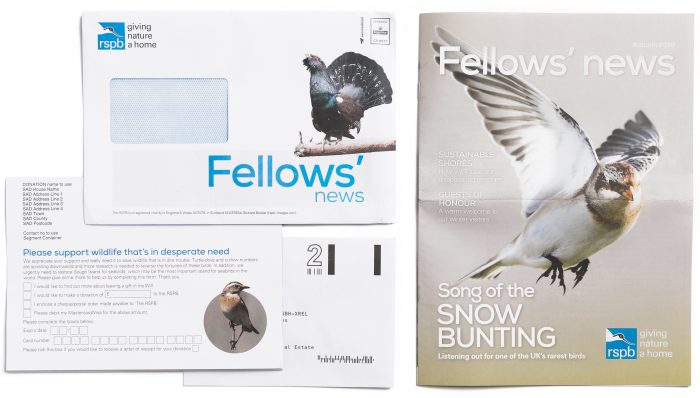 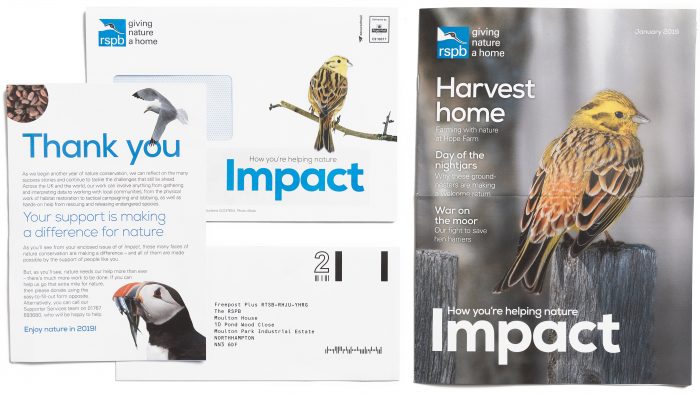 The first redesigned issue of Impact garnered double the response rate of the previous issue, despite a reduced circulation post-GDPR. And the Life Fellows mailing delivered 193% above its revenue target, with an increased average donation value.

Results like this show that design and editorial thinking isn’t just about attractive presentation – it can yield real business results. And at a time when the natural world needs us more than ever, we’re proud to play a small part in helping our clients help our planet. 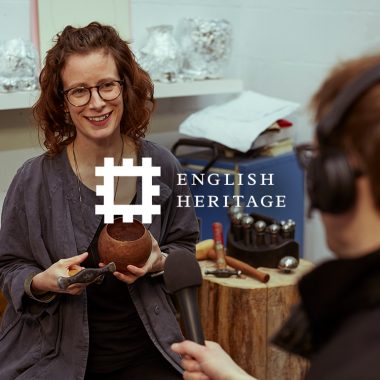 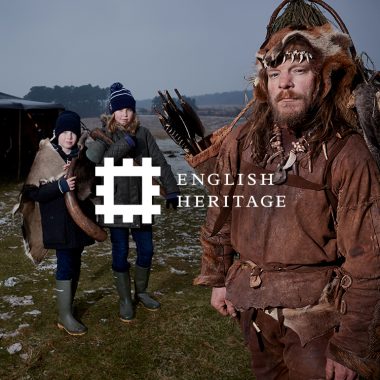 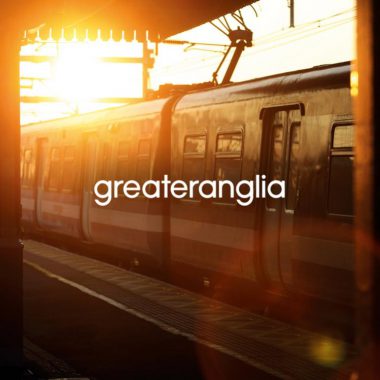