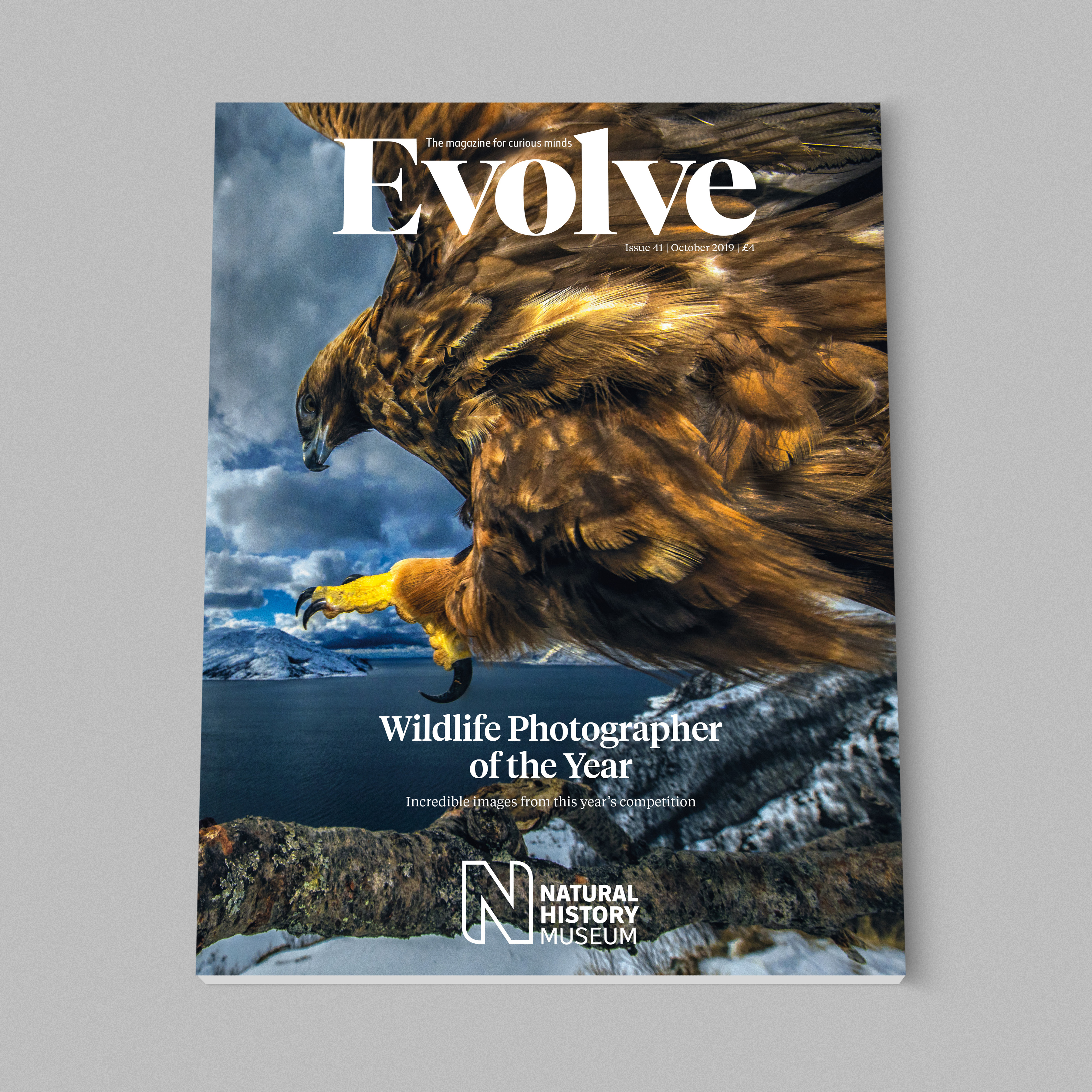 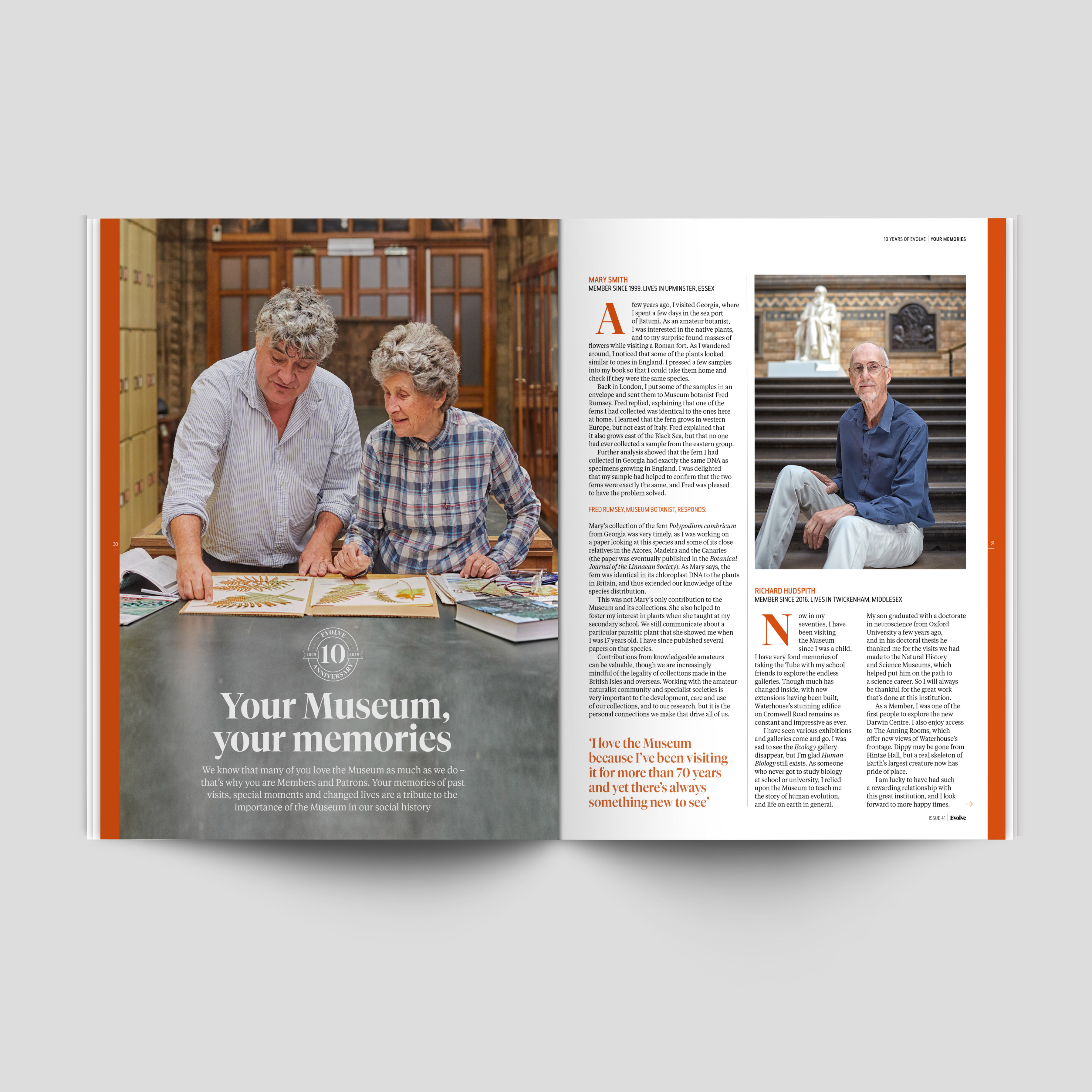 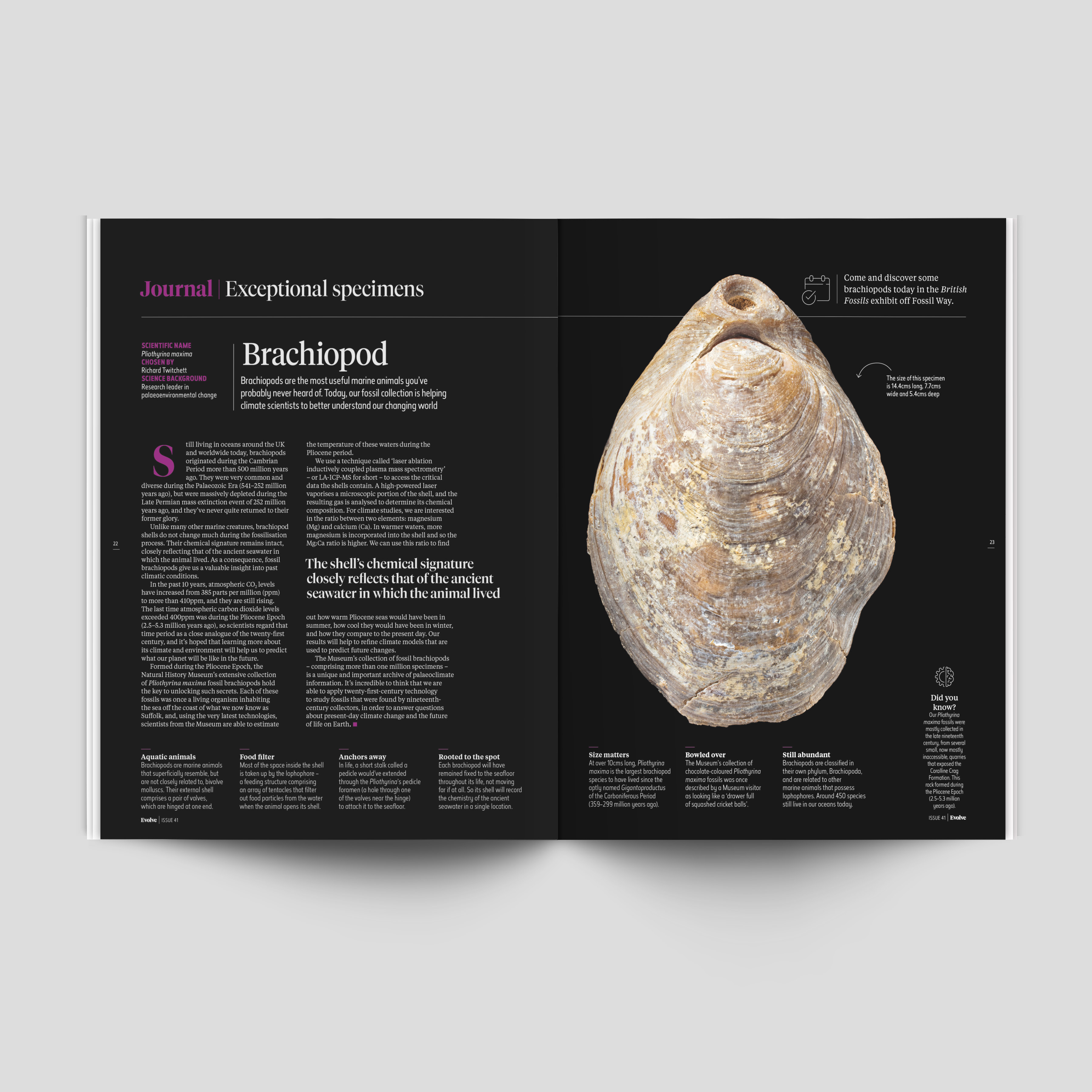 The Natural History Museum is the most visited museum of its kind in Europe. It welcomes around five million visitors each year, houses more than 80 million specimens, and hosts 350 scientists tackling vital issues such as biodiversity loss, food security, neglected diseases and resource scarcity.

The Museum’s magazine, Evolve, engages supporters by creating inspiring and informative content that strengthens the Museum’s wider aim: to create advocates for the planet. As the magazine approached its 10th anniversary in 2019, the Museum wanted to refresh its graphic design and strategically refocus its content, creating better value and strengthened ROI.

Drawing on our experience of leading consumer wildlife and science titles, the Immediate team proposed a series of regular new editorial pillars, covering the key aspects of the Museum’s offering – from new exhibitions to cutting-edge scientific discoveries.

Working closely with the Museum’s editorial and membership teams, we created a new flatplan, suggested a range of varied editorial treatments, and worked with Museum staff to bring their stories to life.

At the same time, we developed a new look and feel for the magazine, including the introduction of a new typeface alongside the Museum’s brand toolkit, and a new, premium paper stock. We encapsulated our approach in a bold new strapline for Evolve: ‘The magazine for curious minds’.

From initial concept to finished magazine, it was a pleasure working with such a professional team as Immediate Media. They understood our vision and brand, and worked with us diligently to produce a high-quality and accessible publication. 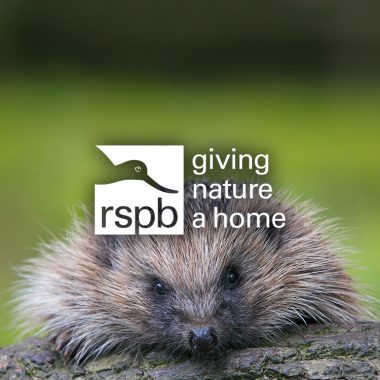 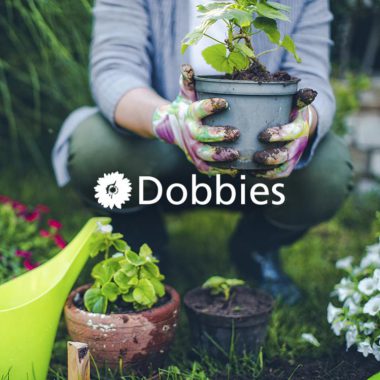